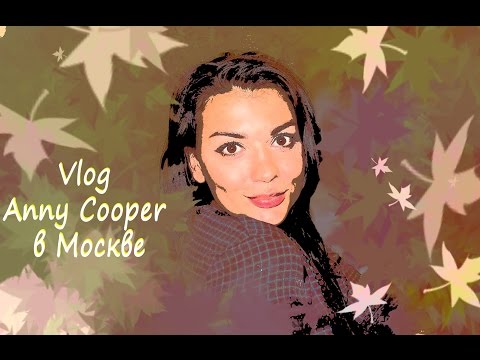 I know it’s been a long time since I posted an update on here, and for that I apologize. Fortunately this particular post will highlight a project I’ve been working on for the last month, as well as offer a bit of an explanation as to why there have been no art updates.

I signed up to participate in the Arthouse Co-op’s Mystery Project. Arthouse sends you a Prismacolor art marker, as well as a prompt to help get your work going, and you create a piece of art and leave it in a public place for a stranger to find. I received my prompt (“Lines Have Been Drawn”) as well as my peacock blue art marker. I have to admit that I was left a bit stumped as to what exactly to create as a leave behind. After some thought I finally came up with a way to use the project to both inspire a stranger, as well touch upon a serious subject in an artistic and uplifting way. 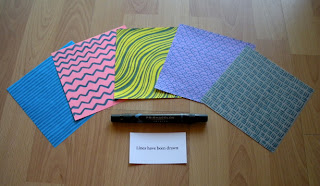 The serious subject? Depression. Why depression? Well, aside from my passion for mental health issues and awareness, for much of 2011 I was actually suffering from depression. It’s not something I planned on talking about on my blog (especially as I like to keep things art-related), but if it can help someone I don’t want to stay silent. I will preface everything by saying that fortunately I don’t feel this way any longer, and had I not gone through it I wouldn’t be in the place I am now, so I am trying to count the positives of it rather than focus on the time I lost to it. For those of you that have never had depression, or any other form of mental illness, I want to say that it is exactly like any other physical illness. You suffer. You want to get better and get aggravated when you’re not making the progress you think you should. It’s a very difficult situation to be in, especially because since you can’t “see” it like other physical ailments, some people don’t treat it like a real illness. Unfortunately because of this attitude, most that suffer from mental health issues do so in silence, which only tends to make things worse. 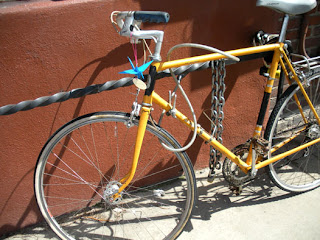 On a bike outside My Brother’s Bar in downtown Denver, CO

For me, I didn’t just wake up one day and say, “Oh, I feel awful, I must have depression.” It was a very gradual thing…kind of like gaining weight. You don’t notice it at first, but eventually you realize your clothes don’t fit as well as they used to. My low mood was so gradual, I didn’t notice that anything was really wrong—I just chalked it up to being stressed out or feeling tired. In fact, it took my holiday to England last year—a week where I was completely, inexorably happy—for me to realize how bad I had felt for so long. Even then things didn’t get much better, and for several more months my mood got worse and worse. It wasn’t until reading some of the great resources available from Mind that I realized the reason I felt so awful was because I was depressed. Knowing what was wrong was my first step towards recovering: if I knew what was wrong, I could go about fixing it, whereas before I was wandering aimlessly, wondering why my mood fluctuated from feeling extremely (and irrationally) irritated to incredibly morose and despairing. 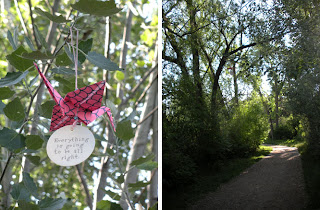 Above a trail around the Main Reservoir in Lakewood. CO.

There were many times when I was very down that I wanted (and needed) a kind word or empathy, and unfortunately those listening fell short on achieving this. When trying to talk about how I was feeling, I was met with phrases like, “Oh, I’m sure it’s not as bad as it seems”, or “Well, it could be worse”. While I’m sure that others meant well, the things they said often did more harm than good, often driving me to further isolate myself and not wish to talk about my issues. The problem with these phrases is that the first “brushes off” your problem, and the second guilts you into feeling worse than you already do about feeling bad. I already carried around the guilt of being a depressive, and worried that my low mood was negatively affecting others; I certainly didn’t need anyone else pointing out that things could always be worse, and were supposedly worse for others. 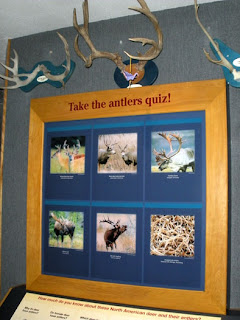 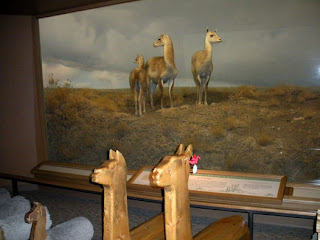 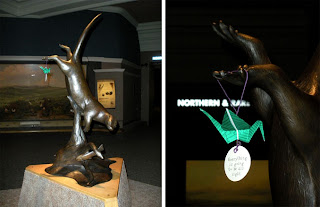 Part of my guilt came from my depression worsening when I was at my day job. If I was low at home, at least I was the only one dealing with it, but at work I constantly worried about it negatively affecting my coworkers. I didn’t know how to talk about it, and I didn’t really want to talk about it, mostly because of the aforementioned phrases (as well as the stigma that is unfortunately related to mental health issues). Instead I tried to deal with the situation as best I could. One of my ways to deal with a low mood at work was to make origami. It started completely by accident. I had some leftover scraps of construction paper lying around from a project and I didn’t want to waste the paper by throwing it away. On a whim I decided to look up origami instructions and pretty soon I was folding birds, pigs, fish, whatever I wanted. It gave me a small break from focusing on how badly I felt. Rather than keep a zoo of origami creatures at my desk, I would secretly gift them to my coworkers—leaving them on their desks when they weren’t looking. I hoped that they could bring a smile: a good day to make up for my bad one. 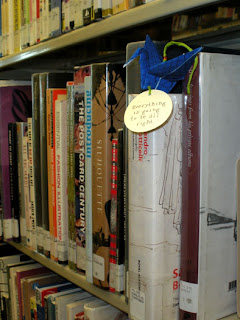 For the Mystery Project, I decided to take my origami a step further. Rather than just create the animal, I would make it into an “ornament” to hang in an unexpected place. I used the Prismacolor marker to create designs and patterns on my paper, then folded each one into the Japanese crane, a traditional symbol of happiness and good luck. For further decoration I used small glass beads, bells, and finally a tab with the phrase “Don’t worry. Everything is going to be all right.” It’s a phrase that I hope will brighten someone’s day, and show them that someone out there is hoping things get better for them, whatever their struggles are. 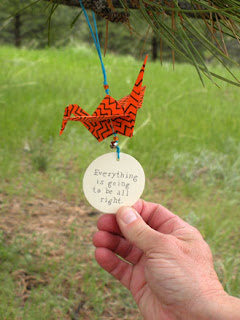 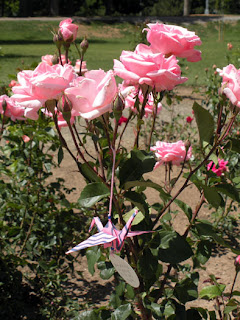 In case anyone is wondering why I chose that particular phrase, it’s one that I latched onto after seeing Roger Waters’ The Wall show (for the third time). The phrase scrolls across the Wall during “Mother”, and it was the exact kind of thing I was looking for to add to my project. While in the context of the show it’s meant rather cynically, I thought it was the perfect addition for a couple of reasons. One, the album was something I went to as a means of support in my dark times as it deals with depression and isolation; it was comforting to know that at some point someone felt just as sad and alone as I did. And two, I saw the show last year in London during a very low time in my life, and this time around I was feeling the exact opposite of how I felt the year before. I saw it as marking my recovery, and believe me, nothing feels quite as good as tearing down the “Wall” of isolation and despair. 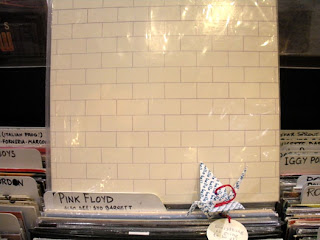 **For those of you reading this that are experiencing your own mental health issues, or know someone who is, or are interested in learning more about mental illnesses, I offer these links:

ReThink. Mind. and their joint effort Time to Change — Though I’m here in the States and they’re in the UK, their resources and experience blogs really helped in my darker times

Hopeline — I never experienced the need to self harm or suicidal feelings, but I know that many people with depression have and do. Hopeline offers crisis chatlines (both via phone and online) to help those in crisis. 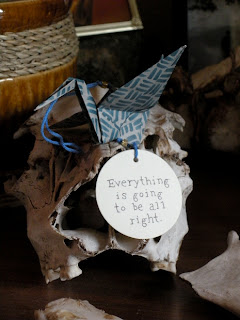 Please ignore the fact that it’s November and that I haven’t made a post since August. There are several reasons for this, one of them being that I’ve been trying to work on a personal project that I’m not quite ready to discuss openly since it’s not a guarantee it will come to fruition. In the meantime I have sketches.

A couple of months ago I have some very good friends in from out of town and we decided to take a trip the the Denver Museum of Nature and Science. I had been contemplating purchasing a membership there for a while since it would give me a place to do life drawing, and on this particular excursion I broke down and bought one. And I’ve loved it. and it’s already paid for itself. I’ve been visiting almost every week since I bought it, and since I can go for free anytime I want it doesn’t matter if I go in for just an hour and don’t hit every exhibit since I can return whenever I want. This means that I can visit on the slower afternoons when all the school groups have left (when your day job involves working with kids you end up wanting to avoid all contact with children on your days off). I’ve really enjoyed going back to drawing from life, especially since I’m doing it for me and don’t have to worry about art school professors grading what I’ve done. These are my favorites from the past few weeks. 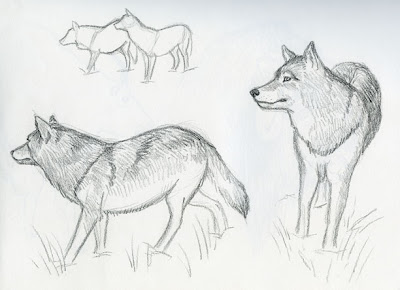 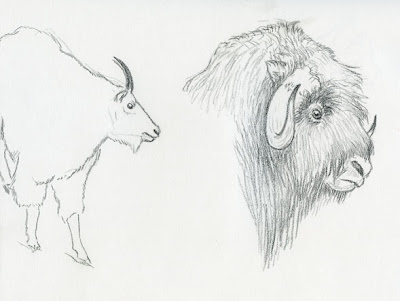 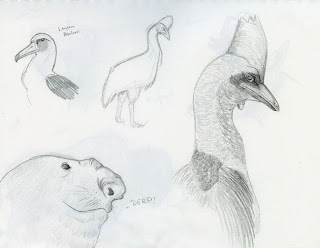 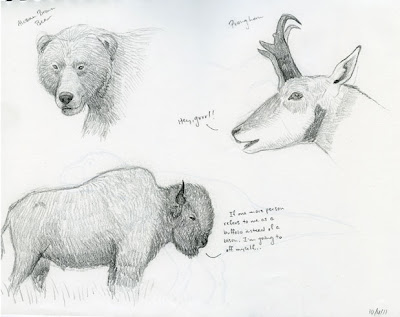 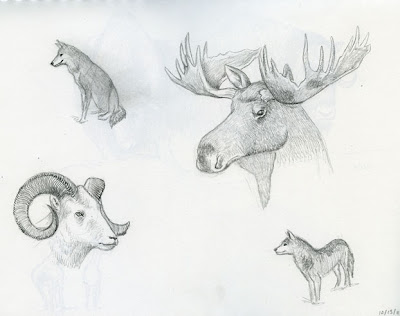 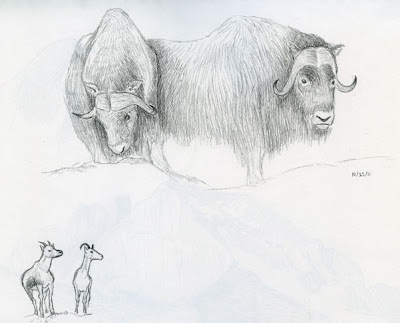 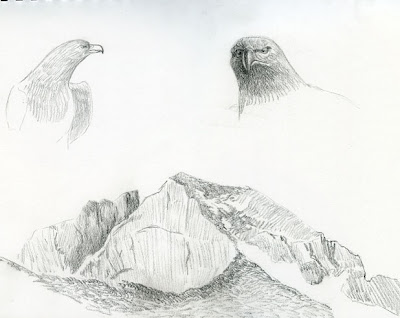 These have all been drawn from reference in the museum’s Wildlife Halls. At some point I’d like to draw some of the fossils in their dinosaur exhibit (as well as their temporary exhibit featuring a model of Sue the T-rex), but during my visits I haven’t been able to well up the patience it takes to sit there and draw a full dinosaur skeleton. I have a little less than a year until my membership is up (and a new sketchbook to fill), so I’m sure I’ll get to it sometime.

Anna Julia Haywood Cooper (Raleigh, August 10, 1858 – February 27, 1964) was an American author, educator, speaker and one of the most prominent African-American scholars in United States history. Upon receiving her Ph.D in history from the University of Paris-Sorbonne in 1924, Cooper became the fourth African-American woman to earn a doctoral degree. She was also a prominent member of Washington. more »

Click here to add this poet to your My Favorite Poets.